From a sanitary, economic, social and political point of view, analyzing discourses and decisions related to the Covid19 as well as the aftermaths of the pandemic reminds us how gendered the mainstream approach of crises is, and reveals more explicitly than in routine periods how far norms, tasks and jobs seen as “feminine” are devaluated and minimized, and how far women’s suffering is neglected, if not invisible. 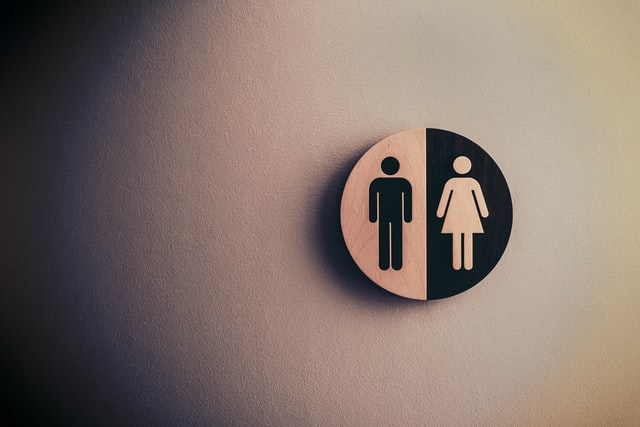 Let us begin by highlighting that the US, Great Britain and Brazil have delayed measures against the spread of the pandemic — President Bolsonaro still denies its reality –, not only because they feared that it could have a devastating effect on financial markets and the economy, but also because implementing safety devices would mean admitting both the country and their governance are vulnerable, in danger, let’s say the word: “feminine”. As Caroll Gilligan and Naomi Snider explained, patriarchy refuses to go hand in hand with “loving” and “protecting”, because it fears to “lose” something in doing so. Hegemonic masculinity classically despises representations of weakness and praises combativity, strength, resistance.

Women in “the first line”

And when it comes to “wartime presidents”, this rhetoric, which calls for unity of the population, also implies that the fight should be a male one (in French we would say “virilist”, meaning the stereotyped dimension of the battle is somewhat overplayed). But the fight is definitely not in the hands of classical soldiers, as the “first line of battle” is health workers’ line, which is much composed of women (doctors, nurses, care assistants, living assistants, and so on). In France, only 16% of jobs are considered as gender-mixed (composed of at least 40% men and women), and many of “female jobs” are furthermore low-paid because they used to be equivalent to traditional unpaid tasks and are to require “naturally” feminine qualities. One could also point that, as many low-qualified jobs involving direct contacts with customers are women, cashiers in (still open) supermarkets — the “second line” — take many risks for their own health today. As the philosopher Sandra Laugier puts it in a recent interview: “Our autonomy depends on many people, mostly women”. Yet, “as soon as you wish to give a value to a job, you use male references to describe it”.

Not only caregivers in the professional field are mainly women, but women are still caregivers at home, in private life, as many recent surveys have shown. Covid19 containment measures will probably tend to reinforce this tendency (and it will be interesting to launch sociological surveys on this issue). Going back to the household therefore looks like a “bad dream” for many, and revives collective stereotyped prejudices and habits.

Covid19 : Acknowledge the role of caregivers

As schools have closed, it is especially mothers and sisters worldwide who are bound to help children to do their homework, taking therefore the risk to have less time than men to devote to their job when they work at home for a few weeks (or months). As containment has been implemented in many countries, it is also mainly women who take house cleaning, food shopping and cooking in charge, not to speak of what psychologists call the “emotional charge” of taking care of everyone’s well-being. But, according to the journalist Helen Lewis, “it’s not just about social norms of women performing care roles; it’s also about practicalities” because women are paid less and, then, supposed to be more flexible in their daily lives than men. Moreover, 90% of single parents are women, and they constantly have to juggle between doing their job and caring.

The crisis we are all going through brings to light how much caregivers, be they women or men, are essential to society and humanity. It is then crucial to acknowledge, in Axel Honneth’s meaning for instance, the social, economic and human value caregivers bring to society, in the professional, public and private spheres. The pandemic shows how important it is to take care of oneself, of others and of the planet. It is not only a matter of equality, it is also, and inseparably, a matter of efficiency in public policies. For instance, a gender-conscious approach of the pandemic is an opportunity to collect high-quality data.

As Helen Lewis puts it, “across the world, women’s independence will be a silent victim of the pandemic”, and yet, the Ebola and Zika crises already taught the international community that women have been indirect victims for years (it was more difficult for them to go back to work, more difficult to have access to contraception, many of them died in childbirth because health resources were diverted for the epidemic, schools’ closures affected more girls than boys because the risk of dropout was higher for girls, etc.).

Tragically, all over the world, NGOs fear that the current containment exacerbate domestic violence, or should we say male violence against women and children. For the first week of containment in France, domestic violence has risen by 36% in Paris and three of its suburban districts, according to the police department. Yet, many non-profit organizations had to stop welcoming women, and courts have dramatically slowed down their activity. And nothing seems to have been anticipated by national authorities — in Paris, the city hall put urgent additional social housing apartments at victims’ disposal, and some NGOs all over the country have developed contacts by e mail instead of the phone, which is considered too risky for women obliged to cohabitate with their violent husband or boyfriend. Today, some conservative states in the US use the pandemic as an excuse to close abortion services, claiming clinics have to cope with other priorities, but actually limiting women’s rights.

Women’s health, well-being and living conditions are still tremendously neglected. In order to fight this, public policies should definitely get rid of gender-blind approaches, especially — but not only — when it comes to global pandemics such as Covid19. Gender is not a side issue, it is an essential one, for all. It is important to keep on bringing such topics to light and raise authorities’ awareness about them now and for the next crises, which will exacerbate inequalities of all sorts

I invite you to participate in a collaborative interdisciplinary research project on the OpenCovid.care platform, still to be defined and framed in its scope and methodology. Please let us know your ideas and proposals.